by the Rev. Jennifer Schick

The person responsible for that is Hilda, a seventh century Englishwoman who was the Abbess of Whitby, a monastic community of both men and women.

According to the Book For All the Saints, Hilda “was born into the royal family of Northumbria and lived a quiet, devout life in the world until the age of thirty-three, when she decided to take the habit of a nun. Almost at once she was given charge of a small community at Wearmouth, and her guidance proved so effective that she was asked to renew the life of another community nearby. In the year 657 she finally moved to Whitby, a monastery which included a household of monks and a household of nuns. Under her leadership it became the most famous religious community in all England. “ The historian Bede who wrote The Ecclesiastical History of the English People stated “that the original ideals of monasticism were maintained strictly in Hilda’s abbey. All property and goods were held in common; Christian virtues were exercised, especially peace and charity. Everyone had to study the Bible and do good works.” Bede went on to say: “So great was Hilda’s prudence that not only ordinary people but also kings and princes sometimes sought and received her advice when they were in difficulties.” It was under Hilda’s leadership that in 664 Whitby hosted a landmark meeting, known as the Whitby Synod, to decide the date of Easter. The decision to follow the Roman Christian tradition, rather than the Celtic one, was crucial in determining the direction of the English and later protestant church. Hilda’s Abbey was destroyed in the ninth century, rebuilt in the 10th and destroyed again in the mid 16th century, but the shell of it lives on and continues to be a site for religious pilgrimages to this day.  A piece of Whitby Abbey can also be found in at the back of the church on the west wall. Tomorrow November 18th, the church commemorates Hilda, who died on this date in 680.  We give thanks to her – not only for helping put her town on the map (and by doing so, ours), but more so for her exemplary Christian witness, leadership and influence.  She was an inspirational woman, in an extraordinary time, who helped shape our faith as we know it today.  Prayer:Maker and. Lover of all creation,who trained your servant Hildain the works of wisdom and reconciliation,draw us, we pray, towards the goal of our faith, where we shall know the truth of our dignityin the fulness of your peace.We ask this in the Name of Jesus Christ the Lord. 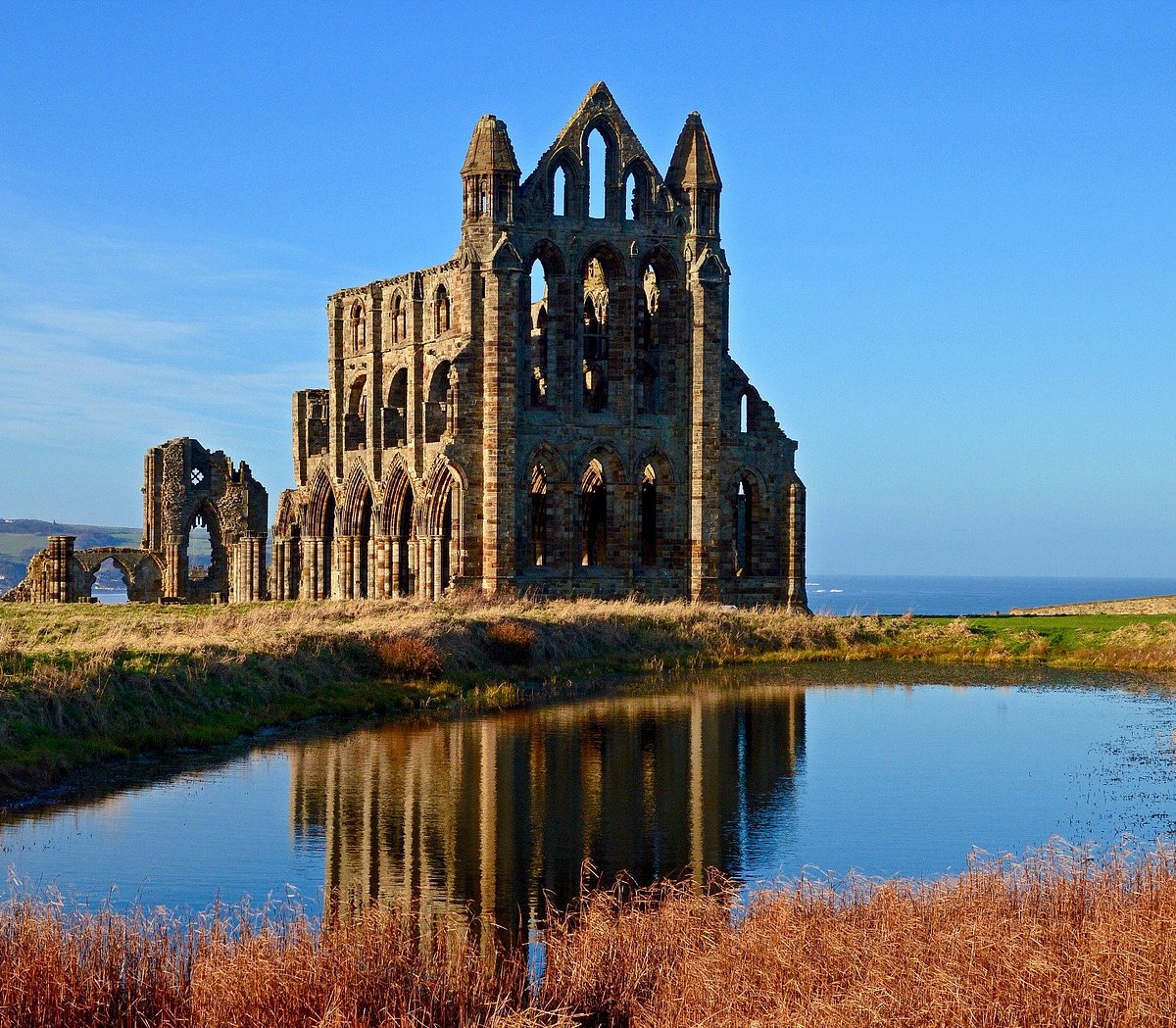 Image of the current ruins of Whitby Abbey

Thought and Prayer of the Day
by Fr. Grant Schwartz

As November 11, 1918 approached, the people of France prepared for their annual celebration of St. Martin’s Day. They knew that the festivities would be muted again as they had been since 1914.  The country was at war and all energy was devoted to avoiding harm from and inflicting harm on the enemy.  Their spirits were buoyed by rumours of a possible cease fire as early as the Feast of Saint Martin.  Then the official word came through:  At 11:00 am on November 11 all guns were to cease firing and the troops were to hold the line wherever they were and make no effort to move forward.People could only wonder if the intervention of St. Martin, soldier in the Roman Army 1500 years before who, after his baptism, refused to carry a weapon when he went into battle, had hastened the end of World War I.Martin was born the son of a soldier and it was assumed that he would follow in his father’s footsteps.  He was actually named after Mars, the Roman God of War.  Although while still a youth he was attracted to the lifestyle of the neighbouring Christians and was not attracted to the army, out of respect for his father he reluctantly joined up. The story that is best known about Martin is that one day while he and his fellows were riding through Amiens, they passed a shivering beggar on the side of the road.  Martin used his sword to slice his cape in two and gave one half to the beggar. (It is believed by some that the beggar was Christ in disguise.) Shortly after this episode, Martin was baptised.The newly baptised Martin refused to accept military pay or to carry a weapon but was still prepared to go into battle, now understanding himself to be a “soldier of Christ.” The first time the unarmed Martin faced the enemy, a truce was declared at the last minute.  After that it was agreed that Martin should leave the army.Martin was ordained priest, founded a monastery and in time became Bishop of Tours.Some people regard Martin of Tours as the patron saint of France.  Every year on November 11, Christians and pacifists in France give thanks for his life and witness.

November 11 is designated as St. Martin’s Day by both the Book of Common Prayer and the Book of Alternative Services.O God.you who are glorified in your Bishop Saint Martinboth by his life and death,make new, we pray, the wonders of your grace in our hearts,that neither death nor life may separate us from your love.Through our Lord Jesus Christ who lives and reigns with you and the Holy Spirit,One God, now and for ever. We are looking for volunteers for Sunday Hospitality following the 11am Service on these dates:

If you are interested, please add your name and email address to the sign up sheet in the Hall.

Hospitality at the 11am Service involves overseeing the coffee and tea service as well as the clean up. Our AV team needs more volunteers to ensure that we will be able to continue to offer live streaming to all our members who watch remotely at 11am. Training is provided.

Please reach out to Tim if you are available and interested: tim_ralph@nullhotmail.com